The Easter Story: Fact or Fiction

On this day, April 15, celebrated by 2.5 billion Christians around the globe as Good Friday, the day Jesus Christ was crucified nearly 2,000 years ago, it’s worth contemplating the historicity of this event. Of the entire Easter story.

It’s been pretty much a fact that Jesus was an historical figure, and that he suffered an excruciating death on the cross at the hands of the Romans and the Jewish high priests and elders of the day. Nobody survived Roman crucifixion, and to be sure Jesus was deader than dead after he had breathed his last, a Roman soldier pierced his heart with a sword.

(Latin origins: The root word cruciate is a direct reference to crucern, meaning “the cross.” It’s the same root used in “crucifixion.” So, excruciate can be literally translated to express the agony Jesus experienced on the cross.)

We know the Good Friday story not just from the New Testament accounts, but also from Roman and Jewish historians, rabbinical literature, and anti-Christian commentators who lived during Christianity’s earliest days. Consider the writings of Jewish historian Flavius Josephus, the first-century author of “Antiquities of the Jews”. Josephus wrote about Jesus and other New Testament figures like John the Baptist and James, the brother of Jesus.

In the Antiquities, Josephus wrote: “There was about this time Jesus, a wise man, if it be lawful to call him a man, for he was a doer of wonderful works—a teacher of such men as receive the truth with pleasure. He drew over to him both many of the Jews, and many of the Gentiles. He was Christ; and when Pilate, at the suggestion of the principal men amongst us, had condemned him to the cross, those that loved him at the first did not forsake him, for he appeared to them alive again the third day, as the divine prophets had foretold these and ten thousand other wonderful things concerning him; and the tribe of Christians, so named from him, are not extinct at this day…”

This text, surviving in all Greek manuscripts from among Josephus’s work, goes so far as to suggest that Jesus could be the Messiah, causing many writers to believe that it was inserted by medieval copyists.

Josephus further wrote, “Festus was now dead, and Albinus was but upon the road; so he [Ananus] assembled the Sanhedrin of judges, and brought before them the brother of Jesus, who was called Christ, whose name was James, and some others; and when he had formed an accusation against them as breakers of the law, he delivered them to be stoned.”

Roman historian Tacitus (AD 56-120) wrote in his Annals, “Consequently, to get rid of the report, Nero fastened the guilt and inflicted the most exquisite tortures on a class hated for their abominations, called Christians by the populace. Christus, from whom the name had its origin, suffered the extreme penalty during the reign of Tiberius at the hands of one of our procurators, Pontius Pilatus…”

Pliny the Younger, a first-century Roman governor in Asia Minor, established that early Christians worshiped Jesus as a god. “They (Christians) were in the habit of meeting on a certain fixed day before it was light, when they sang in alternate verses a hymn to Christ, as to a god, and bound themselves by a solemn oath, not to any wicked deeds, but never to commit any fraud, theft or adultery, never to falsify their word, nor deny a trust when they should be called upon to deliver it up; after which it was their custom to separate, and then reassemble to partake of food, but of an ordinary and innocent kind.”

The pagan author Lucian of Samosata (AD 125-180), while ridiculing Christians, accepted that Jesus existed: “The Christians, you know, worship a man to this day—the distinguished personage who introduced their novel rites, and was crucified on that account … You see, these misguided creatures start with the general conviction that they are immortal for all time, which explains their contempt of death and voluntary self-devotion which are so common among them; and then it was impressed on them by their original lawgiver that they are all brothers, from the moment that they are converted, and deny the gods of Greece, and worship the crucified sage, and live after his laws.”

And on it goes. The four Gospel writers, the Apostle Paul, and other believers mentioned in the New Testament.

A number of works of classical Jewish rabbinic writing (the Babylonian Talmud in particular) that contain references to Jesus, making it possible to substantiate historical details using sources which are not suspect in terms of Christian manipulation.

All give evidence that Jesus of Nazareth was a historical figure who lived 2,000 some years ago.

Jesus died on Good Friday and was buried in a tomb belonging to Joseph of Arimathea, a Jewish leader and member of the Sanhedrin and a believer, I might add. But we all know what the New Testament writers claim happened that Sunday: That Jesus rose from the dead. And weeks later, he ascended into heaven to the right hand of God the Father.

In total, at least 513 people claimed to have seen Jesus alive after His death and resurrection. In any courtroom, this number of witnesses would be far more than needed to establish the accuracy of an event. Further, many of these eyewitnesses suffered and died for their belief that Jesus had risen from the dead. 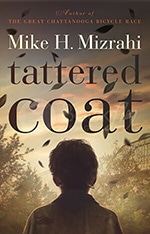