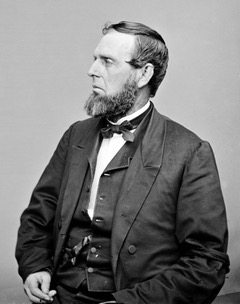 Senator James Harlan of Iowa, whose daughter later married President Lincoln’s son Robert, introduced a resolution asking the President to proclaim a national day of prayer and fasting. The Puritans and Pilgrims searched their souls collectively and individually in a day of fasting and repentance when they experienced a natural calamity—a prolonged drought, a plague of grasshoppers.

On this day, March 30, in 1863, with the war news worsening each week, the President followed their example and signed the resolution, one month before the day was observed:

“It is the duty of nations as well as of men to own their dependence upon the overruling power of God, to confess their sins and transgressions in humble sorrow yet with assured hope that genuine repentance will lead to mercy and pardon…Those nations only are blessed whose God is Lord.”

As a lover of American history and an author of historical fiction, I think it’s important to remember from whence we came as a nation to chart wise courses for where we’re going. So, without crossing political lines, and out of extreme fascination for the subject matter, allow me on occasion to present U.S. history in bite sizes.