Abraham Lincoln and the Sovereignty of God

The 16th President gave us a glimpse into his thinking on the subject on Oct. 1, 1862, when he shared the following spiritual meditation about the struggle that was tearing the nation asunder: 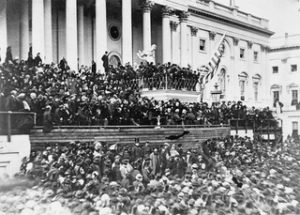 “I am almost ready to say this is probably true: that God wills this contest, and wills that it shall not end yet. By his mere great power on the minds of the now contestants, He could have either saved or destroyed the Union without a human contest. Yet the contest began. And, having begun, He could give the final victory to either side any day. Yet the contest proceeds…”

President Lincoln’s equivocation seems to have disappeared three years later, when at his Second Inaugural Address he said:

“Fondly do we hope, fervently do we pray, that this mighty scourge of war may speedily pass away. Yet, if God wills that it continue until all the wealth piled by the bondsman’s two hundred and fifty years of unrequited toil shall be sunk, and until every drop of blood drawn with the lash shall be paid by another drawn with the sword, as was said three thousand years ago, so still it must be said ‘the judgments of the Lord are true and righteous altogether’.”

Our beloved President’s beliefs about the involvement of God in human affairs were honed and shaped as he contemplated his role in a horrific war that claimed more than 600,000 lives. Further, Abraham and Mary Todd Lincoln suffered the deaths of their boys Edward and Willie, and this seems to have drawn Lincoln to a more abiding faith. Their youngest son, Tad, died six years after the President was killed.

“With malice toward none, with charity for all, with firmness in the right as God gives us to see the right, let us strive on to finish the work we are in…” – President Lincoln’s Second Inaugural Address, March 4, 1865