Count It A Blessing To Suffer

Now that’s a good one, right? A blessing…?

Tell that to the people in Northeastern Congo, where innocents are being hacked and raped and killed by militiamen. It makes no sense that they would be thankful for such tribulations, or that forgiveness is possible.

How about someone suffering from the death of a loved one…or an awful medical diagnosis…or divorce…or the loss of employment or career. There’s no shortage of suffering in this life. We all know that. But blessed to suffer…?

Nonsense, we might be quick to say. I mean, suffering sucks, doesn’t it?

Well…yes, of course it does. But have you ever noticed how some people move with grace beyond their pain and hardship and anger. They embrace peace and forgiveness instead of victimhood and woe, and refuse to be consumed by the pain. Forgiveness finds its pathways in such people. Meanwhile, others sink into a pool of despair they can never quite climb out of, their lives and often their marriages, destroyed by adversity.

I’ve been thinking about this counter-intuitive idea that suffering can bring greater depth to our life experiences. Even more wholeness.

Karen and I are people well acquainted with sorrow. We have borne the absence of one of our adult children for the last four years. Not a morning goes by without feeling an empty pit in our stomachs that invites us to roll up into a ball for the rest of the day. Our first-born is gone (for now) but thank God for the new mercies we receive with each sunrise.

Where do these mercies come from? How is it that so many Congolese people can suffer so profoundly and still live with joyful hearts?

Hang with me. Let me share three ways we’ve become a better people because of our spiritual and emotional suffering.

Leaning into pain rather than avoiding it has forced us to see our own weaknesses…and this has humbled us and opened our hearts. I thought I could fix most problems the world threw my way. Until I tried to fix my child and failed. As I’ve been emptied of my earthly strengths—self-reliance chief among them—I’ve been filled with greater strength than I could ever muster on my own. But I have to ask for it.

If you want to know more, let’s have a conversation through Messenger, or leave a comment at mikehmizrahi.com. (Write to me!)

Suffering has better equipped us to be of service to others. As Karen and I have “carried our cross,” we’ve learned that being vulnerable before others can break down the barriers people build to hide their pain. I’m not saying we’ve turned into a bowl of mush! But we have been tenderized, softened with compassion, better able to come alongside a friend and walk through trials together. As God continues to help us, we’re being uniquely trained to help others. That’s a blessing.

Our walk through this deep valley is building our character and helping us to see the real value of things. The Apostle Paul says it this way, and Karen and I can testify to the truth of his words: “…we rejoice in our sufferings, knowing that suffering produces endurance, and endurance produces character, and character produces hope, and hope does not put us to shame, because God’s love has been poured into our hearts through the Holy Spirit who has been given to us.”

Some point to suffering in the world and proclaim that it proves God either doesn’t care, or isn’t there!

How then do we hear such stories as these in the midst of horror and evil being played out in Northeastern Congo? 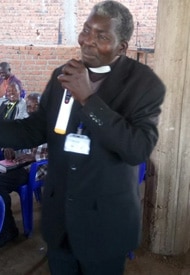 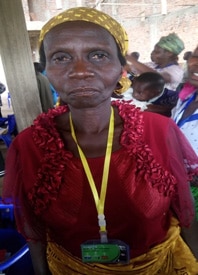 “Rev. Buna’s only son was killed and he did not even bury him. His decision was to revenge him at whatever cost. By the end of the seminar (conducted by a pastor we know well), with tears he confessed and forgave those who killed his son.”

“Dina Ditsove, who is a widow, saw her elder brother who took care of her being killed and their house torched. She spent three days hiding in the nearby bush and had to run for her life, leaving her rotting brother’s body in the compound where he was hacked to death. With a lot of pain, she forgave.”

I pray none of us must withstand this kind of suffering. Peace to you.